More than 60 asylum seekers and refugees from around the world gathered in Bradford city centre on 31st August to say ‘thank you’ to Bradford for the support they have received since arriving in the city.

After speeches from the organiser, Pastor Ben Ayesu from the Global Ministry of Champions – Assemblies of God church in Park Lane, as well as David Ward MP, the Deputy Lord Mayor Cllr Roger L’Amie and others, asylum seekers and refugees spent the next 2 hours collecting litter in the city centre and then up Manchester Road, as far as the Mayfield Centre on Broadway Avenue. At the Centre ‘Simba’, after a celebratory meal, a group of Zimbabwean drummers and dancers, put on a fabulous performance.

It was very moving to be picking up litter on the streets of Bradford alongside refugees from Syria where the streets are strewn with bodies, not beer cans and crisp packets…..

Further ‘Thank U Bradford’ events are planned – watch this space! 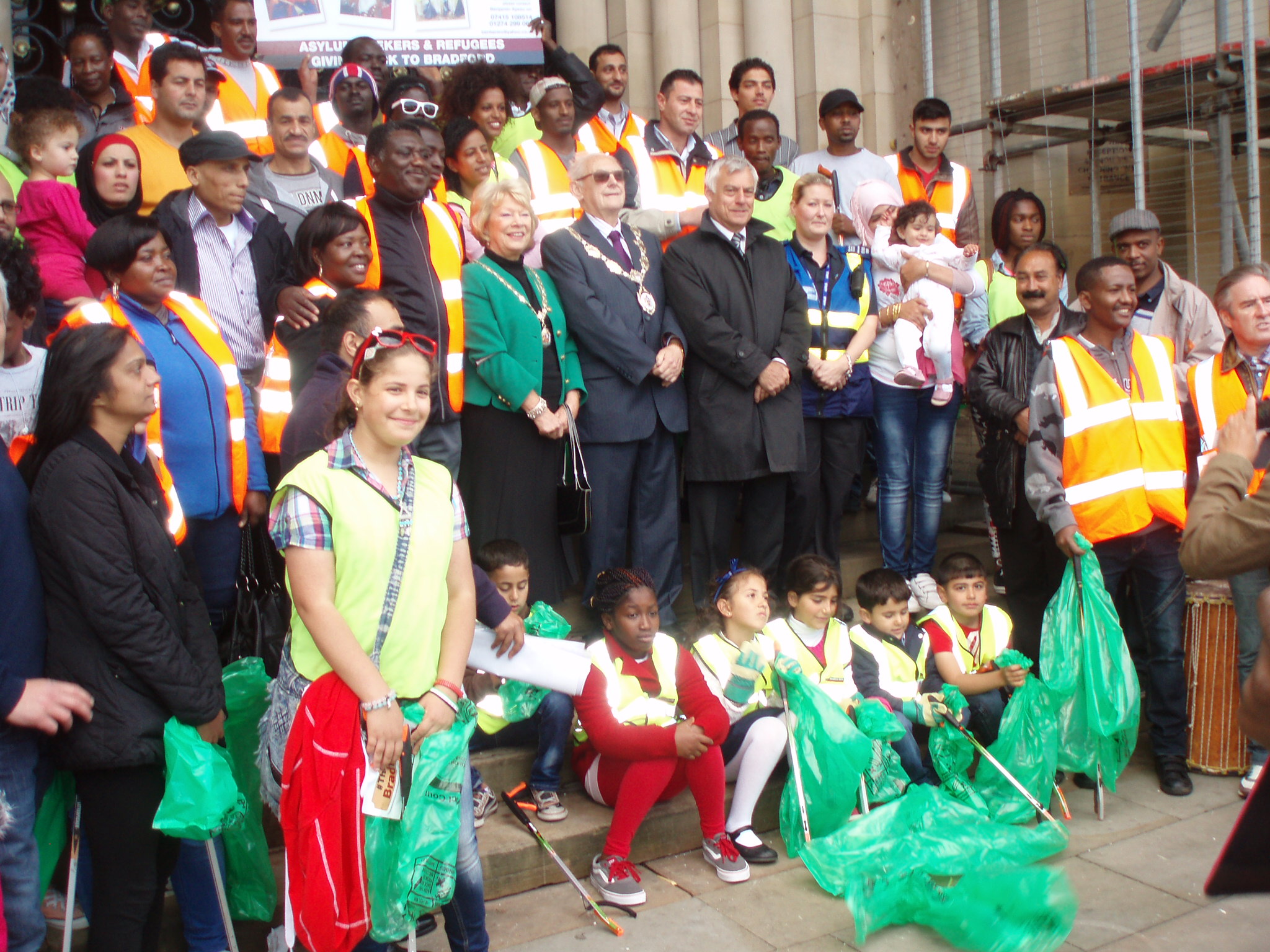 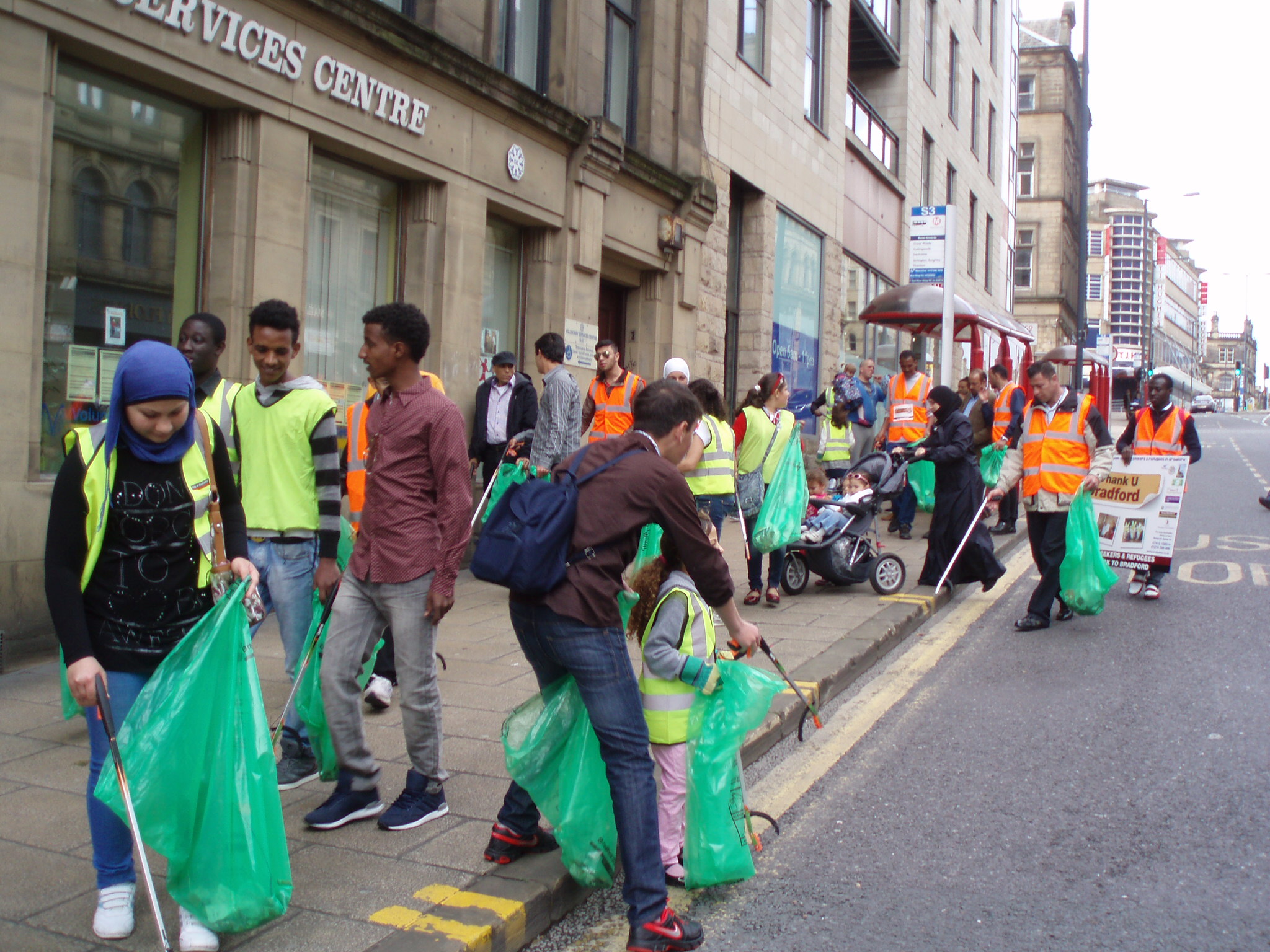