With 90 councillors in attendance, Bradford’s Lord Mayor received a certificate from Tiffy Allen, the National CoS Coordinator, in the Banqueting Hall at Bradford’s City Hall on 25th March 2014. Tiffy, Will Sutcliffe (Bradford CoS Chair) and Harry Femi (BCoS Committee member and sanctuary seeker) gave speeches, followed by the Mayor and Cllr Imran Hussain, Deputy Leader of the Council.

Bradford is a city built on successive waves of migration, with a very proud history of welcoming migrants from across the globe. The review recognized a huge range of services across the city, publicly funded, voluntary sector and church-based that together help us achieve our aim of welcoming and including those seeking sanctuary in the city. In his speech Will highlighted as particular examples Bevan House Primary Care Centre and the UNHCR Gateway Resettlement Project run by Horton Housing. Harry highlighted the support he has received to get involved in a wide range of voluntary work whilst he is waiting for his legal case to be resolved, whilst Tiffy mentioned that it was a visit to an event in Bradford in 2009 that first inspired her to get involved with CoS.

Quotes from sanctuary seekers interviewed during the review process included:

“I feel very safe; I have never been harassed or experienced any discrimination towards me”

“I feel part of the community. I do not experience hostility and my children can play outside safely”
“Bradford is very friendly!” 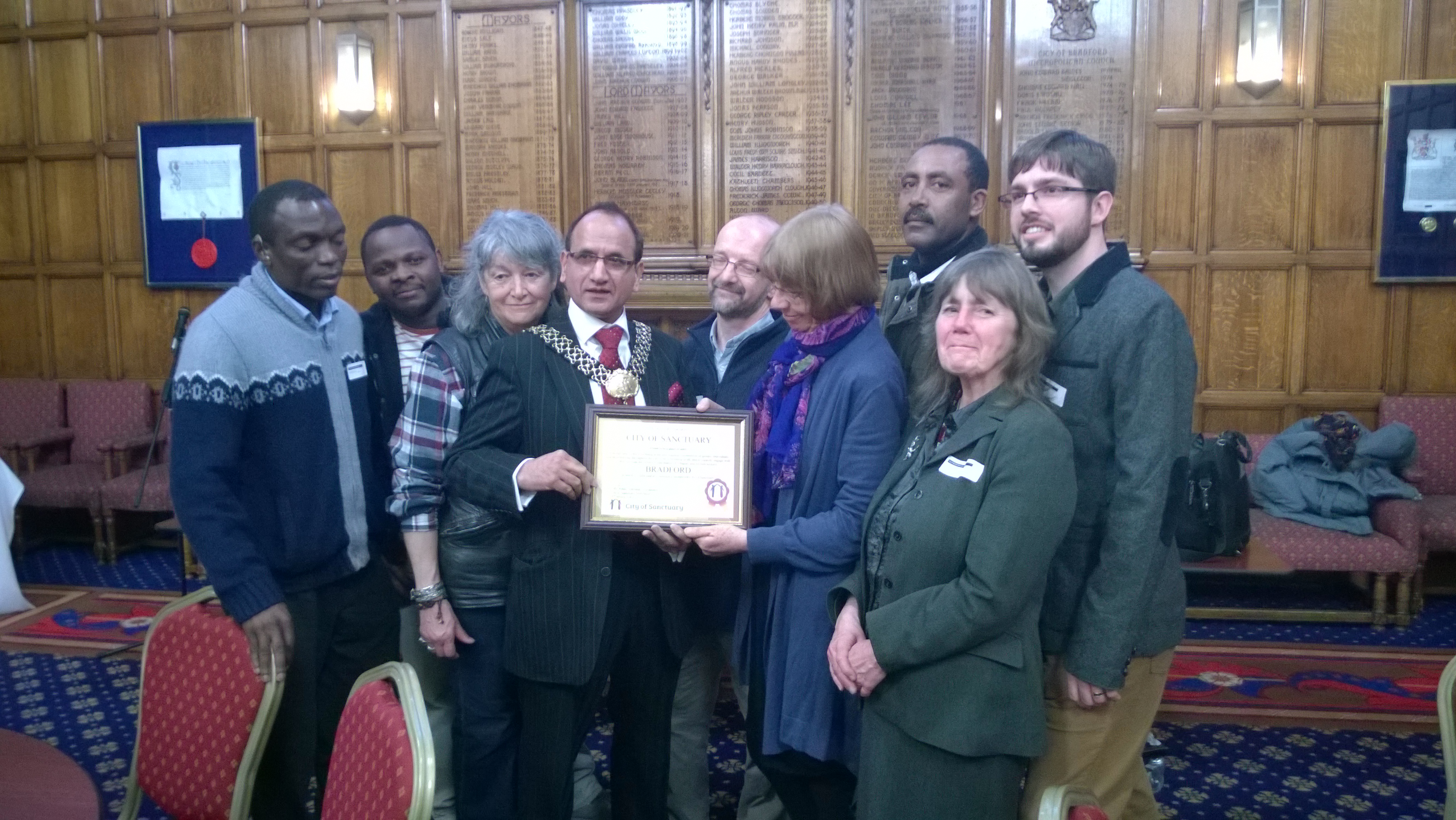