About 70 people attended a Destitution Day of Action in Bradford on Saturday 29th June 2013 ,part of a national day of action highlighting the injustice of the government’s policy of enforced destitution of refused asylum seekers. They heard speeches from Nigerian asylum seeker Harry Femi
, who has first hand experience of the appalling impact of destitution, local immigration lawyer Barry Clark, who outlined the injustice of a legal process which forces refused asylum seekers into destitution, and
Bradford City of Sanctuary chair
Will Sutcliffe who spoke of some of the practical ways that people can get involved locally to support destitute asylum seekers.

Barry Clark told the T&A “The government should not be using destitution as a means to enforce its harsh immigration and asylum policies, leaving people without food, shelter or the right to work”

In his speech, Will Sutcliffe made reference to the academic report published last year, ‘No Return, No Asylum. Destitution as a way of life?’ (see: https://www.destitutionconcernbradford.org/) which counted 66 people, including 10 children in Bradford, made destitute after their asylum claims were refused. 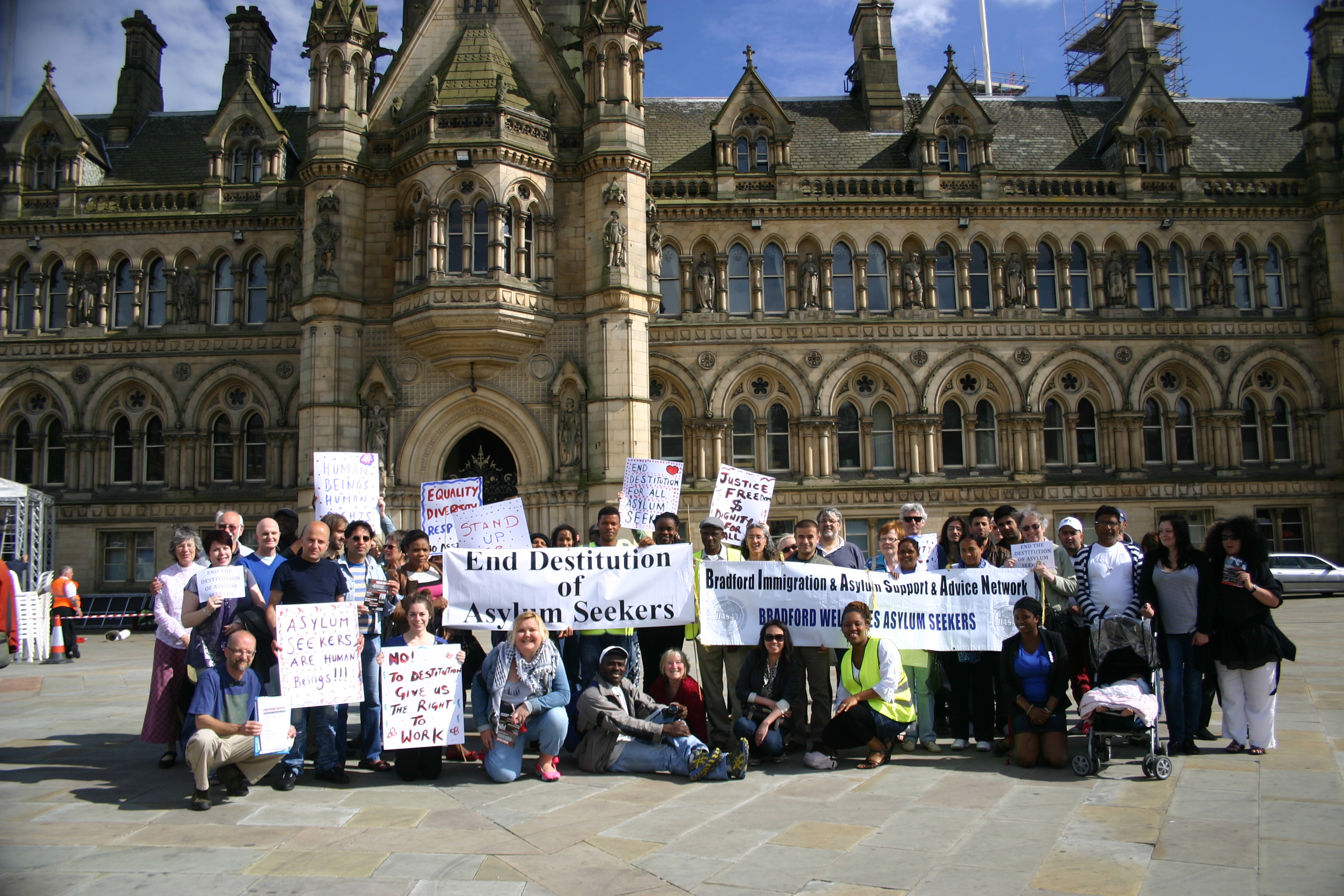